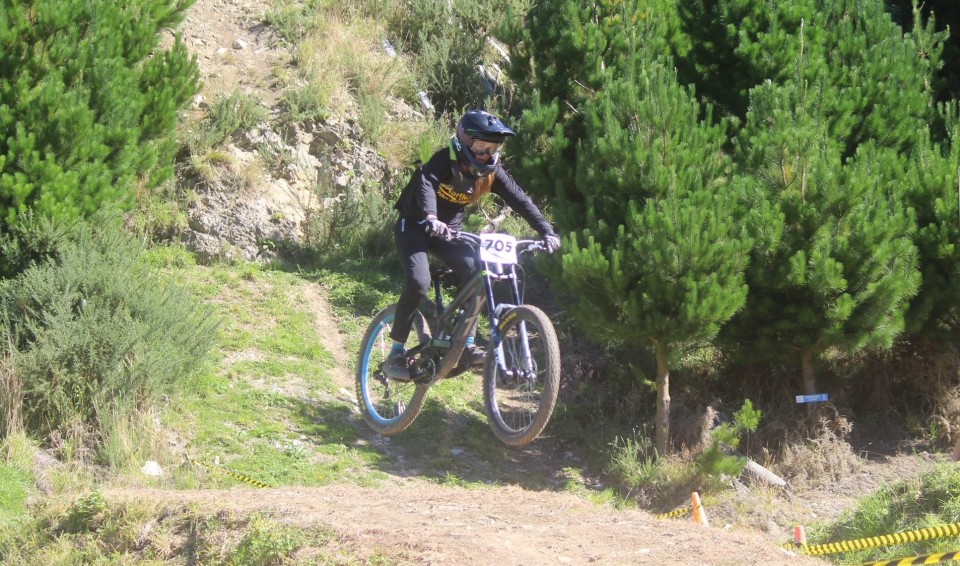 The event, organized by Bike Methven for the third year running, was well received by the Methven village community after a late cancellation last year due to the first Covid lockdown.

Held over three days, the event attracted riders from Year 7 to Year 13 competing across three disciplines of cross-country, downhill and enduro. Both the downhill and enduro events reaching capacity to show the popularity of the support amongst rangatahi.

Riders had to cope with a slippery and muddy course for cross-country after considerable rain.

The Under-20 categories were won with impressive efforts from Jacob Turner (Rangiora High School) and Amelie Mackay (Cashmere High School). After a crash on the start lap, Turner had work to do to regain his lead, but managed to get it done on the first lap and remained ahead for the rest of the race.

Mackay had a clear lead from the start, riding with Under-17 winner Maria Laurie for the first three laps.

“The course was really fun, just a little bit of sketchy mud to keep you on your toes,” said Mackay.

Other standout performances came from the Marlborough Boys trio of Cam Anderson, Finn McKenzie and Lachlan McNabb in the Under 16 boys, who took out charge of the race from the start all the way to the podium.

Day two cleared for the downhill competition that drew a full capacity with 230 riders.

Turner displayed his all-round skills, following up on his cross-country win with a dominant effort in the Under-20 downhill. Going in as the fastest seed, he clocked 2:33.3 to win by nearly four seconds from Matthew Fairbrother (Shirley BHS) and Sam Weir (Riccarton HS).

Mount Hutt College rider Patrick Duff won the under-17 grade in 2:35.3, which was the second fastest time overall for the day, winning emphatically while Leah Smith, second in the recent New Zealand Open championships, crushed the Under-17 competition in the fastest run of the day for female riders.

The championships concluded with the super-popular enduro race over a challenging course.

Dunstan’s Maia Adams claimed the under-20 female honours in 11:43.60, which was 25 seconds clear of the chasers with downhill winner Rachel Cunningham second and cross-country champion Amelie Mackay third.

The most sought-after title of the weekend, the top school award went to Nelson College, ahead of 2020 national top school champions Cashmere High School, with Marlborough Boys High School third.

CAPTIONS: Jacob Turner leads away in the cross-country with Leah Smith in action in downhill at the Skoda South Island School Mountain Bike Championships at Mount Hutt. (Credit: Jocelyn Johnston)