SCHOOL CYCLISTS GEAR UP FOR CHAMPIONSHIPS ON ROAD AND TRACK

SCHOOL CYCLISTS GEAR UP FOR CHAMPIONSHIPS ON ROAD AND TRACK 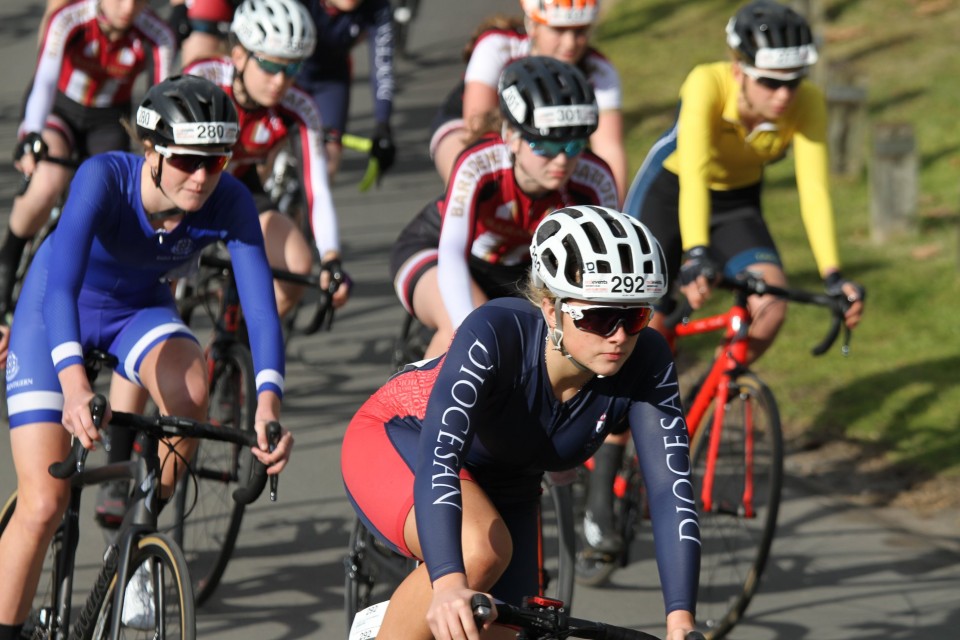 The South Island Road event, organised by Cycling Canterbury Schools, takes place at the Mike Pero Motorsport Park in Christchurch on Saturday and Sunday, with an individual time trial, team time trial and road race across two days of racing.

The North Island Road event, organised by Red Events, is at Lake Karapiro Cambridge on Saturday and Sunday and features a team time trial, road race and criterium. Following on from that, the North Island Track Championships, presented by the Avanti Shop and organised by Cycling New Zealand, will be at Cambridge’s Avantidrome venue on Sunday and Monday.

Almost 300 intermediate and secondary schools affiliate to the Cycling New Zealand Schools programme and in 2018, over 3,570 students took part in 11 events across cycling codes.

Riders will travel from as far north as Blenheim, and as far south as Invercargill to the Canterbury region to compete in the South Island School Road Championships. Christchurch Boys High School has 34 riders competing, the largest contingent from any one school, with Rangi Ruru Girls School the next largest with 17 riders. In total, 51 schools will take part in the two-day event.

Christchurch Boys and James Hargest College will be looking for gold in the boys team trial events after a strong showing at last year’s National School Road Championships, as will Rangi Ruru and Villa Maria College. Individually, Guy Yarrell (Christchurch Boys) will be looking to improve on his second place finishes in the individual time trial and road race last year, while under-16 road race national champion and Upper South Hub rider Ryan Macleod (Papanui) will be hoping to repeat his efforts from 2018. In the under-16 boys grade, Roncalli College’s Jaxson Whyte will be hoping to scoop both individual titles, as he did last year. Emily Paterson (James Hargest), Erin Downie (Burnside), Jenna Borthwick (St Margarets) and under-16 national road race champion Charlotte Spurway (Rangi Ruru), who are all part of the Cycling New Zealand Upper Performance Hub programme, will be ones to watch in the girls grades.

Over 600 riders will represent 120 different schools over the weekend, from as far north as Whangarei, and as south as Wellington.

Other riders to look out for will be locals Maddi Douglas (Cambridge High), the under-17 national road race and points race champion, and three riders who claimed the criterium and road race double at the event in 2018: Mackenzie Barnett (Cambridge High), Jack Whittall (Cambridge High) and Hamish Banks (St Peters Cambridge). Saint Kentigern’s Ruby Spring will also be looking to repeat her North Island and National success, having claimed both individual titles on offer at each event.

A smaller but healthy group of riders will tackle the boards of the velodrome at the North Island School Track Championships, with the sport’s popularity soaring, especially amongst Waikato-based riders accessing the Avantidrome youth programmes. Of the 165 riders entered, over two-thirds are Auckland or Waikato based, with 43 schools represented from as far north as Kaitaia and south as Wellington.

In the younger grades, names to look out for will be the impressive Seana Gray (Cambridge High) who won gold in all under-15 track events at the Vantage Age Group Track National Championships in March, and Jack Overweel (Whanganui High) who scooped four medals at the same event.

All events are free for spectators. For more information about access and parking, please visit: https://schools.cyclingnewzealand.nz/events.